Sorry, you need to enable JavaScript to visit this website.

If you’ve completed at least 6 months of DVT treatment, it’s important to understand that certain risk factors—primarily ones that you can’t change or control—may mean you have an ongoing risk for recurrent DVT blood clots. See why it’s important to help protect yourself from another DVT, and how XARELTO® can help.

If you stop taking a blood thinner:

How do I know if I’m at risk for recurrent DVT?

Your healthcare professional will evaluate your risk factors and may recommend that you continue taking a blood thinner like XARELTO®. This is important because people who have had a DVT or PE and stop taking blood thinners have an even higher chance of having another blood clot.

How and where on the body does a DVT form?

Click or tap on a number, or one of the arrows, to learn more about how a DVT is formed, where on the body one can occur, and the damage that can be done when it is left untreated.

1: A blood clot can form in a vein—usually in the leg—that can cause symptoms like pain and swelling.

2: If a DVT breaks off and travels through the veins to the lungs, it becomes a PE.

3: A PE in the lungs may cut off blood flow and oxygen, causing symptoms like pain and shortness of breath. A PE may lead to permanent damage or even be life-threatening.

How can XARELTO® help?

Some people may be prescribed aspirin to help prevent them from having another DVT. However, in a clinical trial with at-risk people who had already completed at least 6 months of initial treatment for a DVT, XARELTO® was shown to be superior to aspirin at reducing their risk for recurrent DVT.

*After completion of initial treatment lasting at least 6 months. 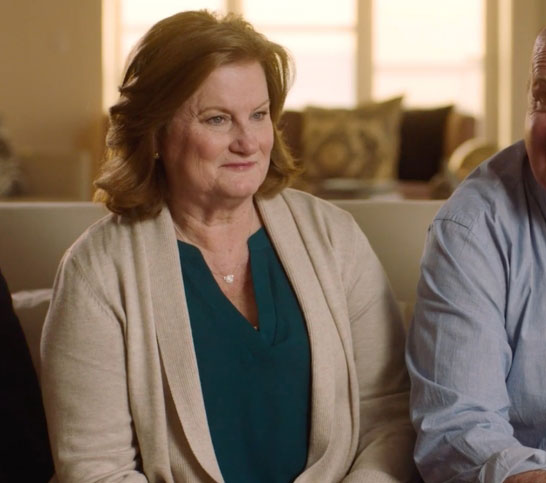 Hear what it meant to Diane that her husband was being treated with XARELTO®.